Olivia’s tragic death is a sad symbol of our broken country and will haunt us forever.

THE face of Olivia Pratt-Korbel, aged nine when she was shot dead in her Liverpool home, will forever haunt this country.

And so it should be.

Because in Olivia’s innocent, smiling face and in all the sickening details of her tragic and senseless death, we discover just how far this country has fallen.

Have you had a daughter that age?

I did, and it brings me to tears to see Olivia’s princess party photos — which are all the rage when you and your friends are nine — and her “Always Be Kind” Minnie Mouse t-shirt. 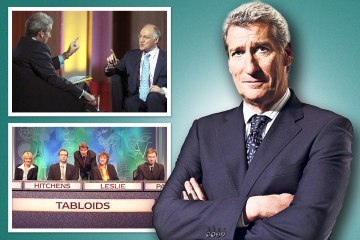 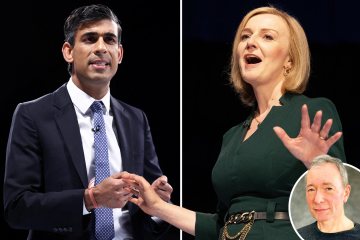 And getting ready to go to bed the night she died, she should have been safe.

All stolen in a few moments of madness. It all started when a drug dealer broke into Olivia’s house, fleeing from rival gangs.

All destroyed forever – Olivia’s future and all happiness for her family – when the man was chased and shots were fired in Olivia’s house.

His comrades came to help him. And left a nine-year-old girl to die in her mother’s arms.

And what chills the blood is that these men are clearly not afraid.

And they’re not afraid of jail – ‘Butlin’s with bars’ is what they call HMP Kirkham, Lancashire, where Joseph Nee, gone – the man who broke into the home of Olivia – spent some time. “Costa del Kirkham.”

How they scoff at anything resembling decency, kindness and justice.

And so, an innocent child adored by all who knew her – family, teachers, classmates – has her life stolen by scumbags who not only break the law, but laugh about it.

Why are we not allowed to discuss the death penalty? Why do the men responsible for Olivia’s death deserve to live? How does putting them inside “Butlin’s with bars” make us a more civilized society?

Seems like Olivia’s death is symptomatic of a country that feels like it’s about to be broken.

It is the feeling that this country is leaderless and heading for a catastrophe that we cannot yet name or imagine. Who runs the country?

Certainly not Boris, who is already looking forward to riches beyond imagination when he gives up the day job.

And certainly not Liz Truss or Rishi Sunak, too busy kicking themselves to care about anything that ails us.

This Conservative leadership race was conducted as if it were a general election.

We don’t even have a vote on the outcome. The contest has been ludicrously prolonged, as the country teeters on the brink of collapse.

Crushing energy bills. Inflation is expected to climb to 18 percent.

Taxation at its highest for 70 years. Billions have poured into the bottomless pit of the NHS, although it has never been harder to see a GP or get treatment in A&E.

And nothing works. The officials refuse to return to the office.

All the big companies are still using Covid as an excuse for shitty customer service. British Airways, our national airline, has canceled thousands of flights because it cannot keep up with demand.

Union action is all the rage.

And a beloved little girl who was wearing an “Always Be Kind” t-shirt is shot by scum as she prepares for bed.

May God help us.

It’s not just the font that needs resetting. It’s our whole country broken.

A STATUE of Manchester City’s pale-faced, frowning giant Erling Haaland has been stolen.

The 10ft effigy carved from a tree and weighing almost a tonne – barely less than Haaland – was reportedly nicked after complaints that it bore no resemblance to the striker.

The scary thing about the intimidating, flamboyant statue is that it looks EXACTLY like the real thing?

In fact, it is impossible for me to tell them apart.

Honest Gary is a tonic

BBC Domestic and Foreign News editor Neil Henderson accuses Match Of The Day’s Gary Lineker of getting away with expressing personal views that would make any BBC turn on the boot.

“Do you have the freedom to tweet about this stuff because you have a different contract than mine?” Hendo asks about Gary’s well-known aversion to anything conservative.

“Because I would be fired if I did.”

Gary’s defense is that he does not work in the news, so the BBC’s impartiality rules are of little consequence to a BBC employee who, on screen, only talks about football.

And Gary Lineker is right.

It may have stayed in the hollow of the throat when Newsnight’s Emily Maitlis ranted about the Tory villains on Newsnight.

But Maitlis is a political journalist.

Of course, she must be unbiased on screen.

But when doing his daily job, Lineker only talks about football.

And there will never be a more perfect MOTD host than Lineker – a former England striker who is funny, charming and played at the highest level.

Isn’t it also refreshing to hear what a public figure thinks about the big issues of the day?

I would sleep easier in bed at night if Nadiya Bychkova from Strictly explained how we can solve the energy crisis.

Punch in the Guts

BOXING continues to embarrass itself.

No matter how disappointed and frustrated he was, it was embarrassing to watch Anthony Joshua ask this cash-strapped country to feel desperately sorry for him after he had just won £32.5million for 36 boxing minutes.

It was equally embarrassing to hear Tyson Fury’s stupid talk about the Oleksandr Usyk and Wladimir Klitschko “Ukrainian files” when Ukrainian men, women and children are raped, murdered and bombed.

I admire AJ and Fury. They have transformed and reinvigorated the sport I love.

Tyson spoke incredibly movingly about knife crime when his cousin was murdered.

But show a little imagination, will you?

Don’t ask us to pity you when you have more money than you’ll ever know what to do with, AJ.

Not when 22 million people in your own country won’t be able to pay their energy bills this winter.

And please cut down on the trash talk about “Ukrainian files”, Tyson, at least for the duration of a war that is destroying the lives of millions of Ukrainians.

There is a real world beyond the boxing ring and people are suffering.

How many millions do the greedy b*****ds who run the fighting game need?

Up in the air… but Dragon is an act of tribute

House Of The Dragon has all the elements that made Game Of Thrones such a joy.

Even the names of the characters – Ser Otto Hightower, Prince Daemon Targaryen and Ironrod – sound like old friends you’ve known for years.

Still, HBO’s prequel, set 200 years before the blood, guts, and cum-splattered events of Game Of Thrones, is definitely missing something.

Some say it’s a sense of humor. Well, maybe.

Despite all the frolicking, shoving and jousting, there’s no character here quite as likely to put a smile on your face as Tyrion Lannister – played so brilliantly by Peter Dinklage – did in the original.

But we didn’t watch Game Of Thrones for fun.

The problem is that House Of The Dragon is a little too impressed with Game Of Thrones.

It is ultimately a very good act of homage. In many ways, House Of The Dragon is totally awesome.

We should sit back and enjoy it. But don’t expect The Beatles when you’re just watching Oasis.

But Elton would kill for that hair.

“I am also the symbol of dynastic politics, even Prime Minister Modi cannot finish me off politically if I…”: Pankaja Munde

Mumbai News Highlights: Election Commission to decide who gets Shiv Sena symbol; increase in car and taxi fares from 1 October