Being a single mother is a full-time job, so a 21-year-old woman’s ability to raise her toddler amid tragedy while working as a courier has been praised across China.

The woman, surnamed Chen, from southeast China’s Anhui province, took the delivery job after she was kicked out of her boyfriend’s family home after he died in a traffic accident.

She said she was happy with her job, which earns her 8,000 yuan a month (S$1,609), twice the minimum wage in the region. More importantly, Chen is allowed to take her daughter on delivery, she told an Anhui-based vlogger under the pseudonym Xiao Yuan Lai Le O.

“When my daughter was still too young to walk, I strapped her to my chest or held her on my back while I rode the e-bike to deliver goods,” she said. “Later, when she was a bit older, I often left her at a McDonald’s restaurant where the staff were kind and helped me take care of her.”

Chen said that since her daughter started attending kindergarten this year, she picks her up from kindergarten at 8 a.m. every day, then picks her up at 5 p.m. before dropping her off at a McDonald’s branch until at 9 p.m., when she finishes her work.

“I’m still young, and it’s normal to face difficulties at this age. When it comes to our express delivery industry, if young people don’t climb the stairs to send goods, who will?” Chen said.

“I don’t feel much pressure in life. Thanks to this job, I can earn enough money to support my daughter and save money. Also, I don’t rely on anyone else” , she said.

Chen, from rural Jiangxi province in southeast China, dropped out of school aged 15 and his daughter’s father died in a traffic accident in 2019 as the daughter was only six months old.

The couple could not marry at the time because they had not reached the minimum age of marriage. The legal age of marriage is 22 for men and 20 for women.

When the boyfriend’s mother received financial compensation after his death, she kicked Chen and the baby out of her home.

Chen said the older woman didn’t care that Chen’s daughter was her granddaughter because she only enjoyed having a man to carry the family name.

After consulting with lawyers, she gave up fighting for her rights in her boyfriend’s compensation case.

“I don’t blame her. She is old and she has another child, a teenager, to raise. After all, she lost a son,” Chen said. “She gives us money from time to time.” 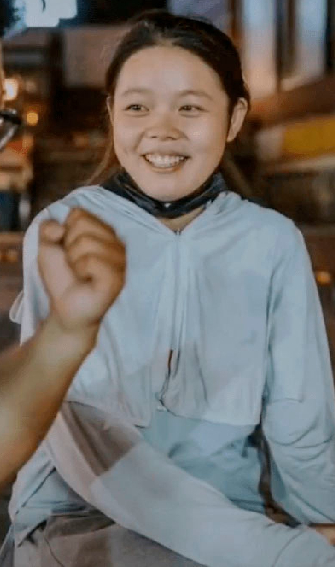 Chen said she had no plans to date or get married.

“I only think about making money to raise my daughter. Other things are not important,” Chen said.

She said she hoped to buy a small apartment for herself and her daughter.

“I also want to buy a car because on rainy days my daughter often asks me why the other children have cars to sit on the way home, but she doesn’t have a car. I answered “I’m working hard to earn money to buy him a car,” Chen said.

She said she didn’t tell the girl about her father’s death.

“I just told her that her father is in our hometown in Jiangxi,” Chen said. “I don’t want her to feel inferior to others.”

She said she wasn’t accepting any help from the public. “This is my red line not to cross. I can make money on my own. Why do I need the help of others? Many others, such as people with disabilities, need more more help than me.”

On September 21, Chen wrote on Weibo to thank netizens for their encouragement.

“I only have a high school diploma and can’t write fancy words,” she wrote. “I firmly believe that I cannot escape or give up in the face of problems.”

“I love my daughter and I will never give her up.”

This article was first published in the South China Morning Post.

Why was the poppy chosen as a symbol of remembrance?

The pink triangle, once a mark of persecution, has become a symbol of pride